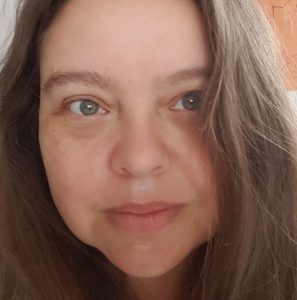 Just who the heck am I?
I don’t tend to write an awful lot about myself personally for many reasons, but mainly because I am much more than my story would have you think.
This is not for glory or sympathy so Im going to keep it factual as I can.
1) I had a double mastectomy in 2005. I was very very sick. I had a reconstruction in 2008 this left me with permanent nerve damage in my right arm. (although my appendix scar is now underneath my left breast and not many people can claim that!)
2) I used to be a career numpty – project and facilities management, I retrained and became a physical therapist and later on retrained to become a lecturer, I had my own business in the South of England and taught for one of the UKs most prestigious complementary therapy schools- both their own courses and my own accredited courses. I also ran a crystal business. After sustaining the nerve damage this obviously became more problematic in terms of being a therapist myself due to chronic pain and lack of movement/flexibility. My greatest achievement on working my own hand to hourly has been that after 7 years I was able to peel an orange slowly and painfully with my right hand. Go me.
3) After my mastectomy my marriage failed I had two sons – one of whom is on the spectrum and also had DCD. Eventually I met / fell in love with / married another man – who worked in the British military. In 2008 we got married. In 2008/2009 domestic abuse started, we were also relocated to Germany and so my teaching stopped. I had my little girl. Domestic abuse ramped up on all levels. In January 2012 the military police removed him. In April 2012 I returned to the country with my three traumatised children homeless and without even a bank account.
4) I rebuilt. My daughter loved waldorf dolls, she came to this country a stranger as she was born in Germany, she was mute and failing to thrive in all senses. I could not return to my career. I taught myself how to make waldorf dolls as I could no longer afford to buy them, this turned out to be pretty tricky with one hand not working as it should. I designed patterns. It went well I set up Phoenix Handcrafts. Business was going ok, I went self employed in 2014. It was a monumental day.
5) The economy meant my business took a big hit last year, alongside this the safer communities team relocated us.  I needed to diversify to keep my business afloat and so despite my poor machine skills I taught myself to sew and branched into clothing….I had been stockpiling fabrics since my time in Germany. I needed to be more organised in my fabric offerings and although I had had some wholesale accounts for a while I rarely used them due to the financial input. Believe me running a small business and being a single mum to three with top up benefits does not leave much for wholesaling. So everything I have earned the last couple of years and every spare penny got reinvested back.
6) Rebranding.  I understand everyone needs a Unique selling point, I know that good fabrics and photographs raise the standard and profile of your business. I also know that by the time you spend £18 a metre plus for custom jersey fabric and associated postage on these fabrics that in some cases you make less for making up the fabric than the person who sold you the fabric. I want to change the game. I advocate for women and for those rebuilding. I want to help. I struggled. There was no help, the system is poor, we need to kick its ass. Harvey Jacobs was born for branding and to honour my two sons and show them that no matter what, you pick up, dust yourself off and keep going.

7) Where am I now and what does this mean for you?  Im driving my business forward, I have to, I have three amazing kids not only to provide for but in some respects more importantly to show them that no matter how bad life gets, no matter how hard, we dont quit, we dont give up, we keep changing it up everytime things get in our way and eventually even if its a micro step at a time we get there, that even when there is hate you treat with love, you hold your head up high and be proud of who you are and you look out for others.
What this boils down to on a grass routes level for you guys is that is a commitment from me to always do my best for you.
I run a small business to small business scheme that supports other start up businesses, I believe that by helping each other, we ALL have the opportunity to grow and learn and develop.
In the Spring we hope to start up a non profit section that brings a little bit of love and hope to those that need it.
I’m an ethical consumer and I believe in good service. I spend my money where I know its valued. Yes I need to make my money but at the end of the day we ALL do. I will work hard to provide a quick efficient service and hope that in those times I make errors or mess up (and there will be) that the rest of the time Im on form its forgivable, There are enough fabrics and enough fabric buyers for everyone, I dont see competition I just see other people who are doing what they think is best for them. So, with that in mind you now know my motivation and that this means I will do my best to serve and provide you not just for you – not just for me- but for these three kids that I set an example too.